Learn more
Size750mL Proof134.5 (67.25% ABV) *Please note that the ABV of this bottle may vary
With their W.L. Weller annual releases from the Antique Collection, Buffalo Trace pays tribute to the man behind the original wheated bourbon. The 2020 release is a particularly powerful one, clocking in at a whopping 134.5 proof, making for a deliciously bold expression.
Notify me when this product is back in stock. 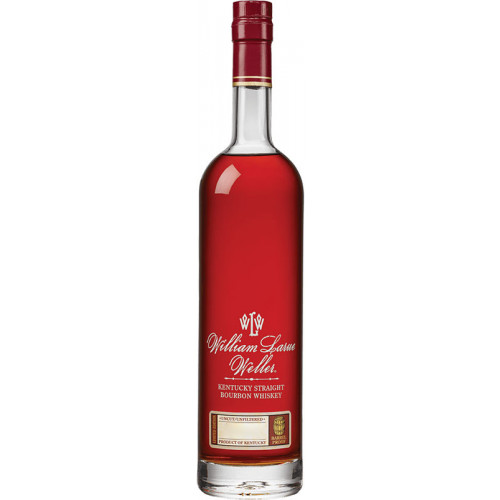 The 2020 release is uncut, unfiltered, and hand-bottled, as were the previous vintages. It was distilled in 2008 from Kentucky corn, North Dakota wheat, and North Dakota malted barley. Then, it spent at least 12 years and 6 months in warehouses I and C, before being bottled at a whopping 134.5 proof. It's an intense drinking experience with cherry, caramel, oak, baking spice, pepper, mint, floral, and coffee notes.

Get your bottle of this powerful wheated bourbon today!

Upon his return to Kentucky following the war, W. L. Weller joined the family business and began working at his grandfather's distillery. Weller had a sharp palate and a keen sense for business and in 1849, he introduced the first bourbon ever that used wheat as its secondary grain instead of rye. Wheated bourbons (including Pappy Van Winkle and Larceny Bourbon, which eventually imitated W. L. Weller's mashbill) have a softer and more gentle flavor profile as compared to bourbons that use rye as their secondary grain and have a slightly sweeter taste. Weller's bourbon was incredibly popular in antebellum America and ultimately forced him to place a green thumbprint on his invoices and barrels as a certificate of authenticity.
Explore all W.L. Weller bottles >>

The nose is fruity and sweet with cherry, caramel, vanilla, and toasted oak aromas. These are joined on the palate by spearmint and baking spices with cinnamon at the forefront. The finish is long, intense, and layered with coffee, pepper, oak, and floral hints.