Size750mL Proof125.7 (62.85% ABV)
From Buffalo Trace’s Antique Collection, this special whiskey is inspired by William Larue Weller, distilled in the winter of 2006, and aged in warehouses C, I, K, L, M, and Q.
Notify me when this product is back in stock. 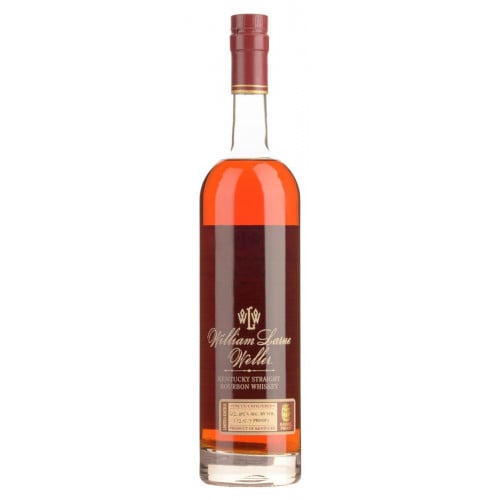 After his grandfather’s Louisville Brigade during the Mexican-American war, William Larue Weller returned home to his native Kentucky. His family had helped settle Kentucky in the late 18th century, and his grandfather, Daniel Weller, purchased a distillery in Nelson County in 1800. (When Daniel Weller died, his estate was inventoried and was said to contain three whiskey barrels, two stills, one mash kettle and numerous dry kegs.)

Upon his return to Kentucky following the war, W.L. Weller joined the family business and began working at his grandfather's distillery. Weller had a sharp palate and a keen sense for business and in 1849, he introduced the first bourbon ever that used wheat as its secondary grain instead of rye. Wheated bourbons (including Pappy Van Winkle and Larceny Bourbon, which eventually imitated W.L. Weller’s mashbill) have a softer and more gentle flavor profile as compared to bourbons that use rye as their secondary grain, and have a slightly sweeter taste. Weller’s bourbon was incredibly popular in antebellum America and ultimately forced him to place a green thumbprint on his invoices and barrels as a certificate of authenticity.

From Buffalo Trace’s Antique Collection, this special William Larue Weller was distilled in the winter of 2006, and aged in warehouses C, I, K, L, M, and Q. Uncut and unfiltered, this hand-bottled bourbon is barrel proof. Weller substitutes wheat for the traditional rye grain, a production method pioneered by W.L. Weller which earned this whiskey a Gold Medal at the 2019 Los Angeles International Spirits Competition, and a Silver Medal at the 2019 San Francisco World Spirits Competition.