Size750mL Proof101 (50.5% ABV)
This compelling bourbon gets its final rest in Oloroso sherry casks sourced from Jerez Spain. “96 points.” —Wine Enthusiast
Notify me when this product is back in stock. 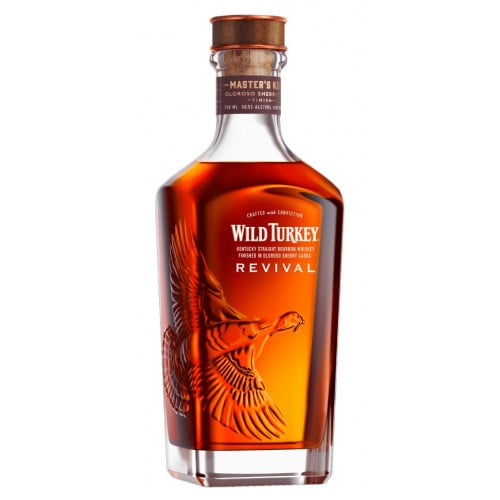 Wild Turkey Revival is a blend of bourbons aged between 12-15 years in American before being finished in Oloroso sherry sourced from Jerez, Spain. Expect bold, spicy notes, and smooth vanilla flavors enhanced by intriguing flavors of hazelnut and citrus. This beautifully nuanced bourbon earned 96 points from Wine Enthusiast.