Size750mL Proof100 (50% ABV)
Made with 100% Irish barley from the farm of John Tynan in County Laois, this terroir whisky is named for the nearby medieval fort of An Dún Mór. Aged in a selection of hand-picked casks, the all-natural spirit is bottled non-chill filtered and with no additives.
Notify me when this product is back in stock. 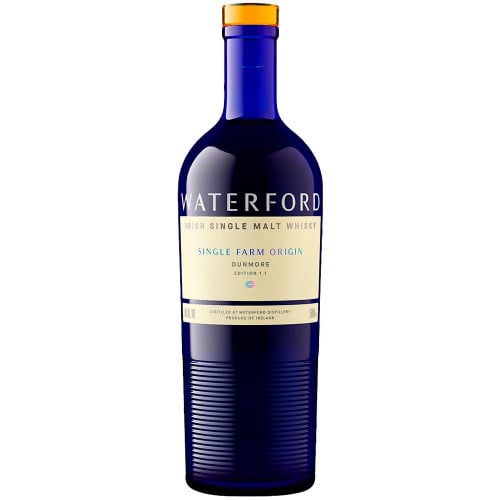 All the 100% Irish barley that is used in the Dunmore Edition 1.1 expression comes from a single farm ― that of John Tynan from County Laois. Named after the nearby medieval fort of An Dún Mór, this whisky is crafted with terroir barley from the western-facing lowland fields and aged in 33% first fill & 18% virgin American oak, 25% premium French oak, and 24% sweet fortified wine (Vin Doux Naturel) casks. Each of these all-natural and non-chill filtered bottles comes with a TÉIREOIR code that reveals relevant information regarding the release when entered on the website.