Size750mL Proof100 (50% ABV)
Crafted with organic barley from 6 different farms, this expression is the first certified-organic whisky from Ireland. The single malt is matured in 42% first-fill American oak, 17% virgin American oak, 23% French oak, and 18% Vin Doux Naturel (sweet fortified wine) casks before being bottled at 100 proof.
Notify me when this product is back in stock. 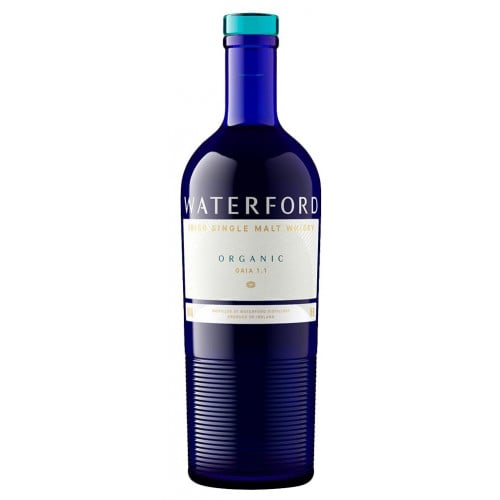 Six of those farms are organic and these get distilled together into Ireland's first certified-organic whisky ― Waterford Organic Gaia 1.1. Matured in 42% first-fill American oak, 17% virgin American oak, 23% French oak, and 18% Vin Doux Naturel (sweet fortified wine) casks, the expression is bottled at 100 proof without chill filtration. "We have placed barley – where and how it is grown – at the heart of what we do, curious about where the real whisky flavour may be found. A natural progression of this philosophy is to see what not only single farm origins can accomplish but what organically grown barley can do when it is given the right platform," says Reynier of the first expression in their new Arcadian Series that is focused on alternative growing methods and radical growers.

The nose opens with cereal, vanilla, orange peel, honey, a touch of spice, and floral undertones. It's spicy on the palate with black pepper and cloves, as well as plenty of oak and fruit, most notably a pear note. Finishes with a lingering fruity sweetness.