Size750mL Proof100 (50% ABV)
Crafted with 100% Irish barley from the farm of Richard Raftice, this expression showcases the terroir of the farm, overlooked by an old stone fort. The all-natural expression was aged in a combination of first-fill & virgin US oak, French oak, and fortified wine casks.
Notify me when this product is back in stock. 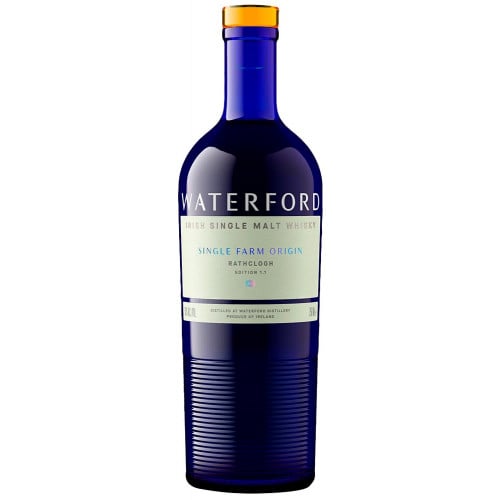 The Irish barley for the Rathclogh Edition 1.1 comes from the farm of Richard Raftice. It takes its name after Rathchloch, a stone fort that overlooks Raftice's farm. The terroir here results in early ripening and sowing due to the shallow and quick-drying soil that was deposited by glacier meltwater. The casks used were 31% first-fill and 19% virgin American oak, 25% French oak, and 25% sweet fortified wine oak that used to hold Vin Doux Naturel. All-natural, barley-forward, and completely transparent, each bottle comes with the TÉIREOIR code that grants access to bottling information, barley, maps, and more.

The nose opens with black pepper, hay, blackcurrant jam, vanilla, butterscotch, and citrus peel aromas. There's a fruity sweetness on the palate with baked apple, berries, pepper, dried and dark fruit, as well as a hint of chocolate. Finishes with a gentle warmth, a touch of spice, and butterscotch.