Size750mL Proof80 (40% ABV)
This pre-industrial style American whiskey harkens back to the traditional farmhouse style spirit of America’s past.
Notify me when this product is back in stock. 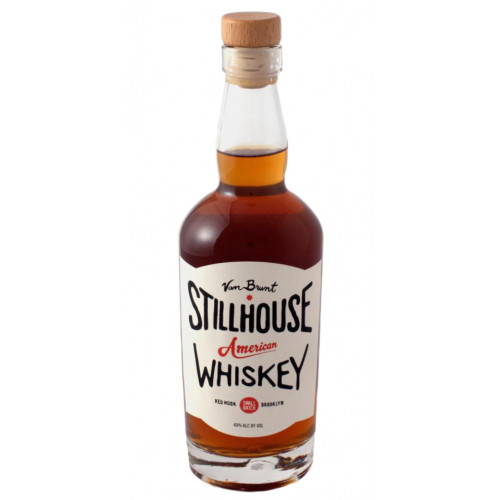 During the 17th century, Cornelius Van Brunt — one of the founding fathers of Brooklyn — farmed land alongside the banks of Gowanus Creek, while helping forge the eclectic society that became Brooklyn. In the 1800s, as the population of New York mushroomed and its waterways became vital hubs for maritime travel, the Brooklyn waterfront became home to some gin, rum, and whiskey distilleries.

Prohibition forced the distillery to close, and it wasn’t until the new 21st century that distillation resumed. Opened in 2012 Van Brunt Stillhouse honors the pioneering spirit of Cornelius Van Brunt, one of the founding fathers of the area. Founded by Daric Schlesselman who first began by producing the first Rum from Brooklyn since the Prohibition era. Soon after releasing the rum, the brand started producing other spirits such as Grappa and other grain distillates. Daric, a former editor at The Daily Show, left behind the world of television and followed his dreams of reincarnating the of Spirits of the past.

This special four grain Brooklyn Stillhouse whiskey is distilled primarily from malted barley and wheat, with a small portion of corn, and rye for good measure. “This four grain recipe harkens back to a pre industrial farmhouse style” (producer). Expect grassy, floral notes alongside fresh oaky, bourbon sweetness followed by hints of tobacco, and a delicate, lingering finish.

Grassy, floral notes with the fresh oak sweetness of a bourbon & hints of tobacco. Delicate with a long finish.