Size750mL Proof80 (40% ABV)
Distilled from beet sugar, this vodka is crafted using a unique high separation fractional distillation column.
Notify me when this product is back in stock. 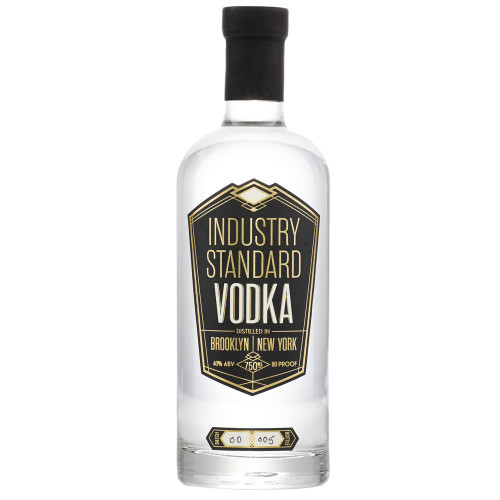 Situated a few floors above a cobblestone road, Industry City Distillery marries modern chemistry and engineering with the traditional art of craft distillation. The distillery is run by five bearded men, each in their early 30's: Dave, a printmaking biological engineer and science nerd; Zac, a machinist with a bent for sculpture; Rich, a code-wrangling graphic designer and fabricator; Peter, a yoga instructor turned business manager; and Max, a hard-drinking commercial salmon fisherman.

Inside a 6,000 square-foot space along the Brooklyn waterfront, the distillery has separate printing, welding and distilling areas. The type of massive, specialized infrastructure required to meet Industry City Distillery's exacting technical standards and need to experiment with vodka wasn't available, so the ICD Team built it from scratch — themselves. The team's equipment and passion for craft distillation gives them unprecedented and unrivaled control over the final product.

Fermentation begins when yeast, collected from beet fields in Europe, are bred and put through a yeast boot camp to condition them for duty. By fermenting beet sugar rather than traditional grains or starches, ICD is able to able to produce a wash that doesn't require any settling tanks or filtration and that produces no solid waste. Following fermentation, the wash is distilled using a steam-powered continuous stripping still, which allows the team to heat incremental portions of the wash, boiling each portion for just a moment. Not only does this type of still save energy, but it also allows the team to produce a distillate without scorching or over-boiling it.

While ICD's still is beautiful, it doesn't give the team enough control over the final product. That's why, after distilling the wash in the steam-powered still, the team runs the distillate through a high separation fractional distillation column, which allows them to separate the vodka into 40 unique chemical components and selectively remove or include them, one by one. After spending months experimenting with recipes using these components, the team settled on about 20 separate components in order to create Industry Standard Vodka.

Smooth with no burn, this vodka has a slightly sweet aroma and notes of creamy vanilla and peppercorn.