Learn more
Size750mL ProofGin: 84 Proof (42% ABV); Whiskey: 88 Proof (44% ABV) *Please note that the ABV of this bottle may vary
Imported from Detroit, these two spirits were inspired by the city's entrepreneurial and rebellious history. 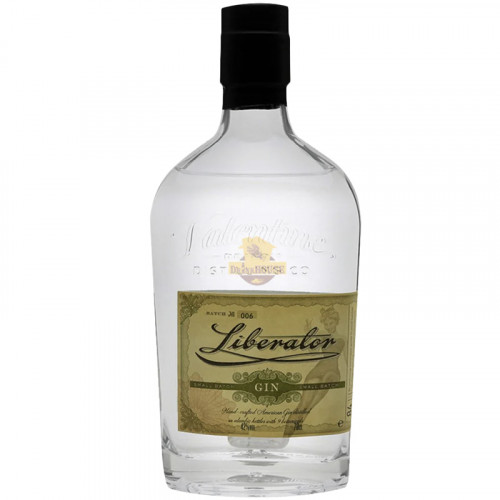 The Detroit River represents the border between Ontario, Canada and the United States and is one of the busiest waterways in the world. Each day, freighters use the river to transport iron ore from Michigan's upper peninsula to the bustling automobile factories in Detroit, while barges pass through the waterway to carry timber from Michigan and Wisconsin to Cleveland, Buffalo and Toledo. During Prohibition, the Detroit River represented one of the largest thoroughfares for the importation of illicit liquor into the United States. "With the Detroit River less than a mile across in some places, and 28 miles long with thousands of coves and hiding places along the shore and among the islands, it was a smugglers dream," says Jenny Nolan of The Detroit News. "Along with Lake St. Clair and the St. Clair River, these waterways carried 75 percent of the liquor supplied to the United States during Prohibition."

Inspired by Detroit's "rebellious swagger" Rifino Valentine founded the first distillery in Detroit since Prohibition in 2009. Valentine, a Cornell University graduate, was originally an investment banker in New York City before he decided to begin distilling spirits. "I just stopped and asked myself, 'Is that what you are gonna do for the rest of your life?" Valentine says. "I literally quit that day." After leaving New York in 2005, Valentine took an artisan distillation course at his alma mater before moving back to Michigan and opening the doors to Valentine Distilling Company.

Valentine Woodward Limited Whiskey, which is technically a bourbon, is crafted from over 50% corn, with the remainder of the mashbill being composed of rye and malted barley. Once the grains are purchased from local farmers, Valentine mashes and ferments them at this distillery, which is situated in an old brick building just off Woodward Avenue. After the mash has been fermented, it is distilled twice, first through a 600-liter copper-pot still, and then again through a 180-liter, Christian Carl copper-pot still.

Following distillation, the whiskey is aged for a minimum of four years in new, maple-infused, American oak casks. The maple casks impart sweet notes of caramel, brown sugar, molasses and maple syrup to the whiskey, and complement its notes of rye, cinnamon and woody spices.

As a result, the gin has an aroma of juniper and pine that is well-balanced by hints of coriander, cardamom and citrus peel. The initial bursts of juniper berries are mellow and tame, and are followed by touches of vanilla, white pepper, cardamom and cinnamon. Liberator Gin earned the Gold Medal and the titles "Best in Class" and "Best in Show" at the American Distilling Institute's 7th Annual Judging of Craft Spirits. In addition, it earned a score of 90 points from the Beverage Testing Institute in 2013.

"We are maniacally obsessed with doing things the right way," says Valentine, "and just taking time and care in the whole process, you know, using good ingredients. It's really hard to find that nowadays."

Whiskey: Aroma of sweet, creamy vanilla, toffee and oak. Sweet notes of caramel, brown sugar, molasses and maple syrup on the palate that complement notes of rye, cinnamon and woody spices. Long, warming finish that is a slightly sweet and spicy.