Size750mL Proof81 (40.5% ABV)
Three Chord's first release is a blend of whiskeys from Kentucky, Indiana, and Tennessee aged up to 12 years. Their proprietary wood-charring process brings out notes of maple syrup, caramel, and vanilla, while the addition of American oak staves adds depth and hints of smoke. 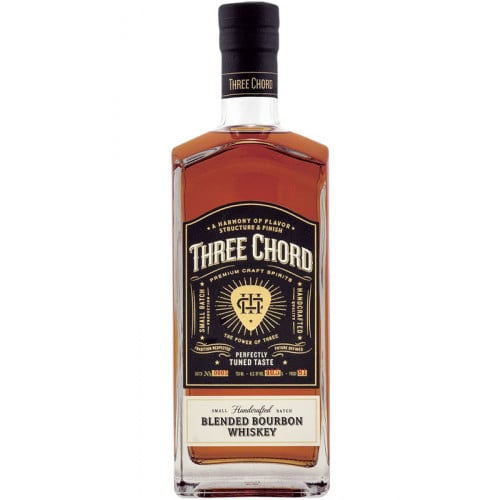 Three Chord Blended Bourbon was their very first release ― the one that started it all. It's a blend of whiskeys from Kentucky, Indiana, and Tennessee aged up to 12 years. The proprietary wood-charring process brings out notes of maple syrup, caramel, and vanilla, while the addition of American oak staves adds depth and hints of smoke. Bottled at 81 proof, it's an easy-drinking and versatile bourbon that's delicious neat but makes a perfect cocktail base as well.

Maple syrup, caramel, and vanilla aromas greet the nose. The palate is complex and grassy with a gentle sweetness, spice, citrus, and charred oak notes. The finish is smooth and long with a touch of honeycomb.