Size750mL Proof95,3 (47.65% ABV)
This bourbon pays tribute to the founder of the Barton 1792 Distillery. The high-rye bourbon is finished in Cabernet Sauvignon wine casks, resulting in a bold, fruity, and balanced 95.3-proof expression. 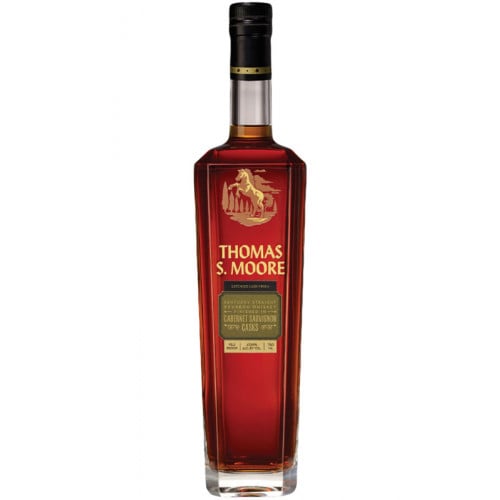 The Thomas S. Moore brand features ultra-premium whiskey that pays tribute to the founder of the Barton 1792 Distillery. It sees the distillery age their high-rye bourbon normally, before it gets finished in choice wine or spirits casks from around the world. The first 3 releases were finished in Port, Chardonnay, and Cabernet Sauvignon wine casks. The latter is bottled at 95.3 proof and features a bold profile with dark fruit, caramel, and vanilla notes. On the label, you'll find an image of a racehorse ― a nod to one of Moore's first whiskeys that was named after a thoroughbred.

Get your bottle of this delicious whiskey today!