Size750mL Proof66 (33% ABV)
This expression brings together the Cooney family's love for Irish whiskey with their beekeepers. The master distiller and family beekeeper has infused a blended Irish whiskey with honey from their orchards, creating a creamy and decadent drink.
Notify me when this product is back in stock. 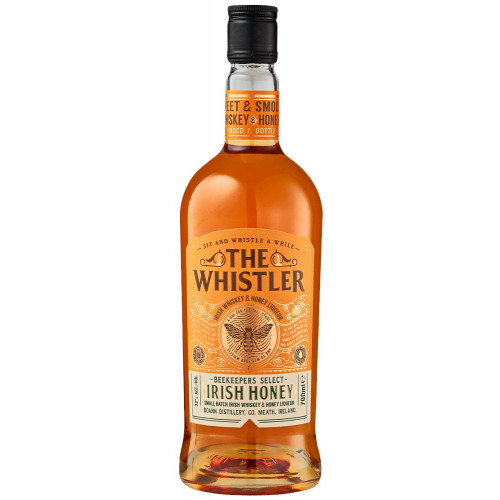 Walsh is more than just a head distiller, though. He is also the family beekeeper, which naturally led to The Whistler Beekeepers Select Irish Honey expression. Based on a blended Irish whiskey that is aged in ex-Bourbon barrels, the spirit gets infused with honey from their family orchards, resulting in a creamy, sweet, and decadent drink that has won several awards.

It's a creamy expression with honeycomb and caramel instantly recognizable on the nose and followed by a nuttiness and typical Irish whiskey notes. These continue on the palate where they are joined by creamy vanilla, caramel, and more honey and almonds. Finishes long and smooth with lingering honey.