Size750mL Proof86 (43% ABV)
Packaged in an exquisite gift box, this expression pays tribute to The Macallan's rich heritage. It's crafted by Whisky Maker Sarah Burgess using barley from the neighboring Easter Elchies estate which is distilled annually during the course of a single week.
Notify me when this product is back in stock. 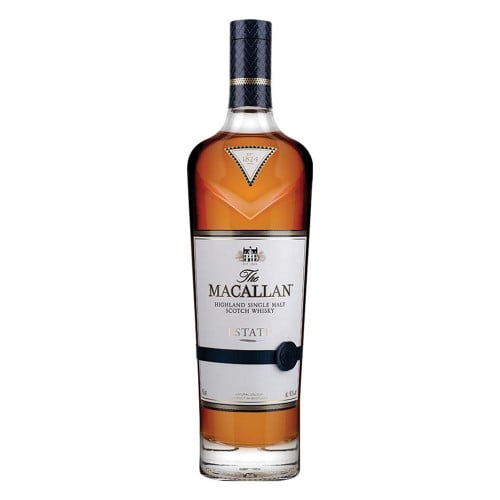 The Macallan Estate is special in that the barley comes from the 485-acre Easter Elchies estate within Speyside. The estate lies by the River Spey and is overlooked by The Macallan's distillery. This barley is distilled annually over the course of a single week, making this a special release, indeed. Crafted by Whisky Maker Sarah Burgess, it features fig, citrus, vanilla, and spice notes and is bottled at 86 proof. Presented in elegant glass that comes in a sleek box, featuring aerial photography of the Estate inside, this is the perfect gift and a noteworthy addition to any home bar.

Get this special bottle today!

The inviting and homely nose opens with cinnamon and wood spice, transitioning into fruity orange, dried fruit, lemon, banana, and caramel aromas. More wood spice is on the palate along with oak, raisins, and figs. The citrusy notes stretch into the sweet and long finish.