Learn more
Size750mL Proof92 (46% ABV) *Please note that the ABV of this bottle may vary
Aged for 21 years in used bourbon casks, this whisky is bottled without the use of chill filtration.
Notify me when this product is back in stock. 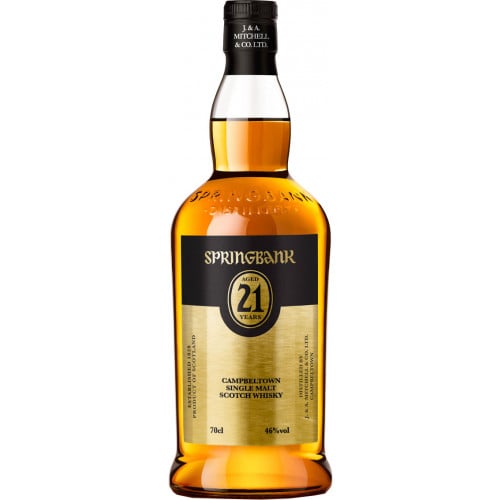 Following distillation, the whisky is aged for 21 years in used bourbon casks. Since Campbeltown is located on a narrow peninsula, the strong, perennial sea winds, warmed by the gulf stream, add a slight hint of saltiness to the whisky as it ages. After aging, the whisky is brought to proof and bottled by hand. The whisky has an aroma of heather, plums, peaches and apricots that gives way to notes of cinnamon, vanilla, oak and honey on the palate. The finish is complex and spectacular, with hints of wood smoke and salty tang.

Aroma of heather, plums, peaches and apricots that gives way to notes of cinnamon, vanilla, oak and honey on the palate. Finish is complex and spectacular, with hints of wood smoke and salty tang.