Learn more
Size750mL Proof94 (47%ABV) *Please note that the ABV of this bottle may vary
The color of the depths of Black Canyon, The Kraken Attacks Colorado is a black spiced rum, blended with natural flavors and caramel color. Rich, dark, and smooth.
Notify me when this product is back in stock. 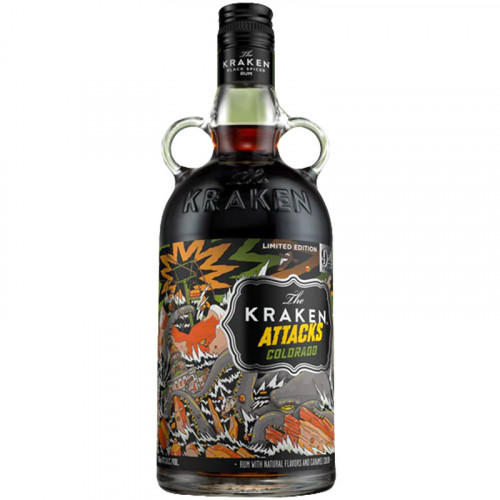 About The Kraken Attacks Colorado

Released in 2021, The Kraken Attacks is a limited-edition collection of spiced rums. The Kraken Attacks Colorado comes from the depths of Black Canyon – at least that’s what its dark color will have you believe. Let’s just say The Kraken only tolerates “that which is rich, dark, and smooth”, resulting in a black spiced rum, blended with natural flavors and caramel color. This spiced rum is bottled at 94 proof.

Get The Kraken Attacks Colorado!