Learn more
Size750mL Proof86 (43% ABV) *Please note that the ABV of this bottle may vary
This highly collectible Glenrothes vintage earned 94 points at the 2018 Ultimate Spirits Challenge .
Notify me when this product is back in stock. 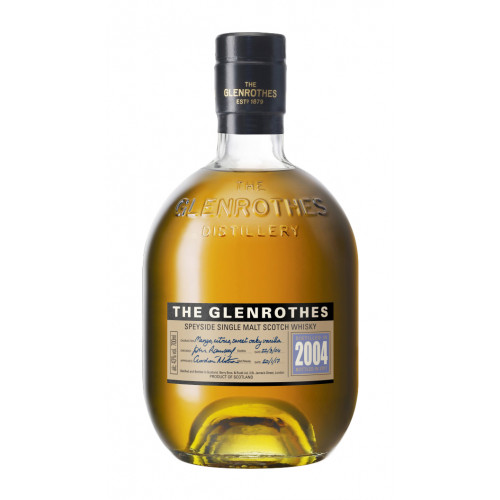 About The Glenrothes 2004 Vintage Scotch Whisky

This expression was distilled at The Glenrothes in 2004, and matured for 13 years in American oak Sherry seasoned casks before being bottled in 2017. This highly collectable Glenrothes vintage earned 94 points at the 2018 Ultimate Spirits Challenge.


“All of the Glenrothes single malt is Vintage malt — whisky distilled and put in cask in a single year, then bottled as either a Reserve or Vintage when judged to be at its peak of maturity, character and flavor. At The Glenrothes, maturity matters more than age. Just 4 percent of the distillery’s capacity is released as single malt each year, ensuring that whisky lovers receive the best of the best. A combination of many factors, including an unusually slow distillation process in tall copper-pot stills, maturation in exceptional oak casks and a commitment to both craftsmanship and sustainability, delivers expressions with unique personalities and complex, well-poised balance” (producer).

Tropical notes, honeyed sweetness, and orchard fruits on the nose. The palate is creamy, and smooth with notes of butterscotch, oak, vanilla baking spices followed by a roasted cocoa smokiness.