Size600mL Proof80 (40% ABV)
The Spectra is more than just a collection of three distinct single malts that showcase The Glenlivet's signature style. It's a mysterious digital experience that takes you on a journey of tasting notes. Begin the tour by scanning the provided QR code.
Notify me when this product is back in stock. 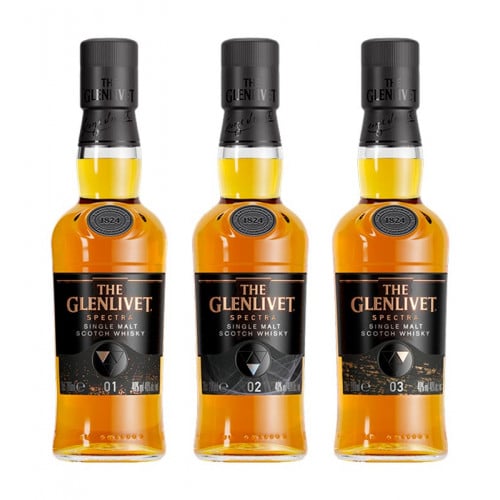 About The Glenlivet Spectra

Recently, folks at The Glenlivet have been experimenting with mysterious releases without tasting notes and cask information. Spectra is one such limited-edition box set that contains a selection of 3 distinct 200ml single malt bottles. The first hints at a fruity expression, the second promises a smoky and briny experience, and the last holds a creamy sweetness. Each expression showcases The Glenlivet's signature style and presents a tasting challenge in the form of a digital experience ― a journey that starts by scanning the provided QR code. After completing the guided digital tour and receiving a grade based on your performance, you get to compare your findings with the thoughts of Master Blender and Distiller Alan Winchester.

Unravel the mystery of Spectra today!