Learn more
Size750mL Proof96 (48% ABV) *Please note that the ABV of this bottle may vary
The Glenlivet Enigma is the second in a series of mystery limited editions released from The Glenlivet distillery. No tasting notes, no cask information. Can you solve the puzzle?
Notify me when this product is back in stock.

This product is available in: DC, NV, WA Unfortunately, we can't ship to PO Boxes and APO addresses. 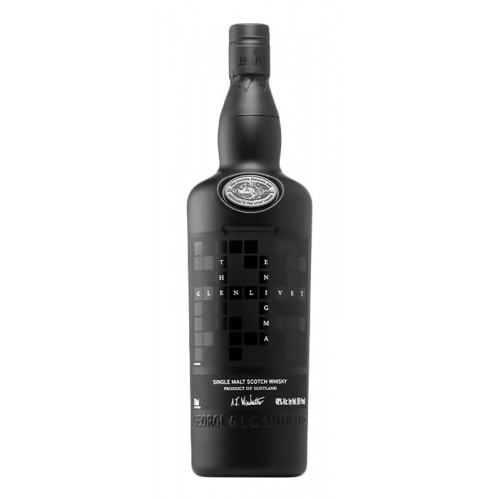 After the barley has been fermented, it is distilled twice — first through The Glenlivet’s wash still, and then again through The Glenlivet’s spirits still. Originally designed by George Smith, the copper-pot stills have a unique, lantern-like shape, which encourages contact between the whisky and the copper. The copper strips the whisky of any impurities it may have, and provides for a lighter and purer flavor profile.

This highly anticipated, an enigmatic Glenlivet Enigma is the second in The Glenlivet mystery series following releases Alpha, Cipher, and Code. Bottled at 48% ABV. No cask information. No tasting notes. Can you solve the puzzle?