Size750mL Proof80 (40% ABV)
This second expression in Famous Grouse’s Cask Series, is designed to champion the impact different casks have on flavor. Matured in robust Port casks. It has been awarded "94 Points, Great Value" at the 2019 Ultimate Spirits Challenge.
Notify me when this product is back in stock. 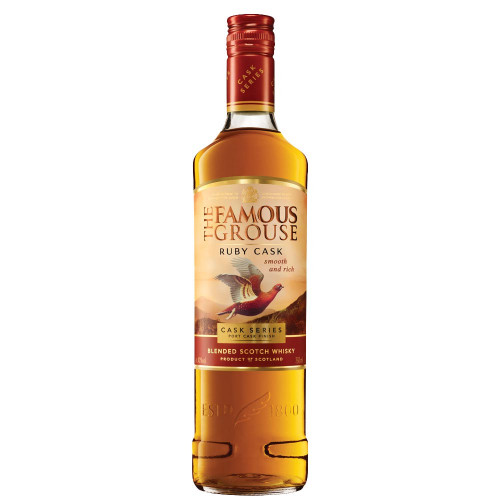 As the second expression in The Famous Grouse Cask Series, The Famous Grouse Ruby Cask is matured in oak casks previously seasoned with Port. This whisky was designed to champion the impact different casks have on flavor. You can expect a delicious mellow layer of ripe stone fruit, gentle spice and toasty vanilla.

Notes of baking spice like soft vanilla, cinnamon and cloves on the nose, followed by a mellow layer of ripe stone fruit notes on the palate. The finish is smooth and sweet.