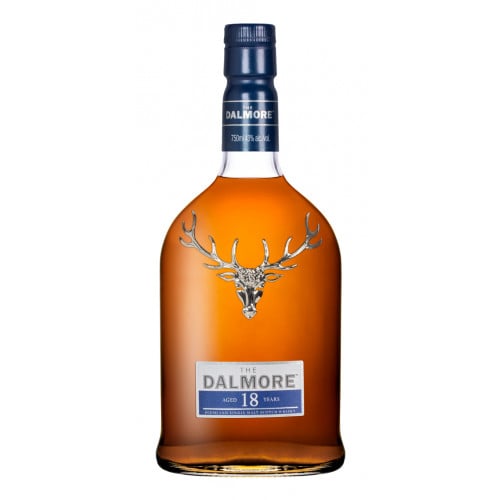 Dalmore 18 Year Old Single Malt Scotch Whisky is aged for 14 years in American oak casks that were previously used to mature bourbon. Following its initial beautyrest, the whisky is double-barreled, or finished, for an additional 4 years in 30 year-old Matusalem Oloroso Sherry casks. This dual maturation process gives the whisky an intense aroma of red fruits, particularly raspberries, plums and cherries. Notes of milk chocolate, coffee and citrus dominate the palate, and give way to a spicy finish that is accented by notes of caramel, pear and nutmeg.

Pick up a powerful whisky today!

Aromas of vanilla, dark chocolate, orange and cinnamon. Candied fruits, coffee, nutmeg and soft liquorice on the palate, followed by a citrusy finish with a hint of molasses.