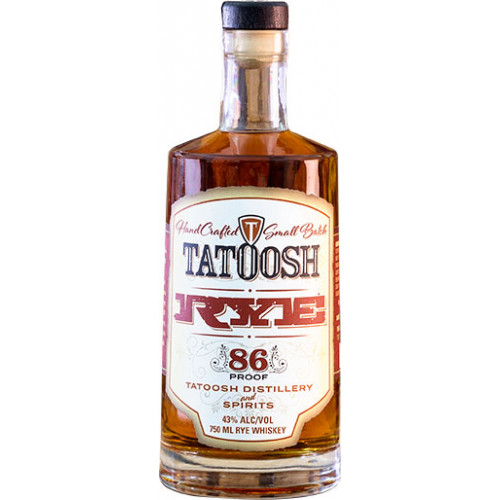 Nearly a century ago, Troy Turner's ancestors were bootlegging spirits during Prohibition — his maternal grandparents distilled whiskey in the Deep South while his paternal grandparents transported and sold it. "Hiding a still in the woods was simple compared the challenges of transporting your wares to town," says Turner. "Federal agents would hide out along backcountry roads and wait for the chance to arrest a moonshine runner. The mountains are full of stories of men like my grandfather, who ran liquor to the rest of the country."In 2009, Turner decided to continue his family tradition and opened the doors to Tatoosh Distillery & Spirits, situated in Seattle, Washington.

Tatoosh Rye Whiskey is crafted from a mash of 70% rye and 30% corn. “The corn smooths it out, adds a bit of sweetness,” says Turner. “It’s smooth and clean.” Once the grains arrive at the distillery, they are mashed and fermented before being distilled through a copper pot still. Following distillation, the rye whiskey is matured in 53-gallon, American oak casks with a #4 char.

Once the rye has reached its peak flavor profile, it is brought to proof and then bottled by hand. Tatoosh Rye Whiskey has an aroma of pepper-infused oak, herbs, caramel and vanilla. Sweet hints of roasted corn are complemented by touches of spicy woodiness, rye and white pepper. The finish is full and long, with hints of strawberries and a lingering note of toffee.

Tatoosh Rye Whiskey has just been released in the United States. Pick up a bottle today!

Aroma of pepper-infused oak, herbs, caramel and vanilla. Sweet hints of roasted corn are complemented by touches of spicy woodiness, rye and white pepper. Finish is full and long, with hints of strawberries and a lingering note of toffee.