Size750mL Proof116.6 (58.3% ABV)
This exquisite batch is the third edition of a multi-award-winning Tamdhu Batch Strength Series.
Notify me when this product is back in stock. 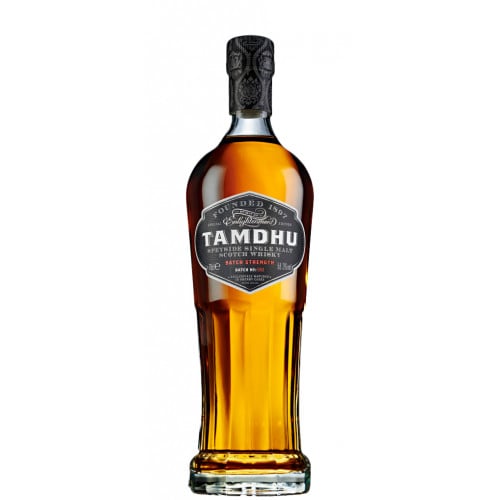 Inspired by the Diamond Jubilee of 1897, which celebrated then-Queen Victoria’s 60 years on the throne, a group of Scottish merchants and whisky traders pooled together capital (roughly equivalent to £20 million in today’s currency) to build the most technologically-advanced distillery the world had ever seen. After procuring land adjacent to the River Spey, the group hired Charles C. Doig, the most esteemed distillery architect and engineer of his time, to construct the industrial masterpiece. The result was Tamdhu Distillery, the most modern distillery of its era.

Tamdhu Distillery survived the ups-and-downs of the 20th century until finally closing in 2011 — shortly after its closing, the distillery was purchased by Ian Macleod Distillers and is now producing whisky by the same exacting standards which earned Tamdhu Distillery its sterling reputation over the prior century.

Batch Strength 003 is the third edition of the multi-award-winning Tamdhu Batch Strength Series. This release #3 is bottled un-chill filtered, naturally colored at 58.3% ABV. Its flavor profile boasts a complex depth of character, and rich intensity, due to its exclusive maturation process, which takes place in hand-selected sherry oak casks. This batch, like predecessors, is quite distinctive and differs slightly in style and strength.

Subtle hints of vanilla and winter berries with a touch of freshly-shelled nuts, balanced by aged oak on the nose. On the palate are hints of sherry oak that develop to dried fruit and warming spices. A drop of water reveals a fresh citrus zest and rich apricot. Notes of freshly baked fruitcake with orange peel continue long into the finish.