This product is available in: CT, FL, NH, NJ, NY Unfortunately, we can't ship to PO Boxes and APO addresses.

This product is available in: CT, FL, NH, NJ, NY Unfortunately, we can't ship to PO Boxes and APO addresses. 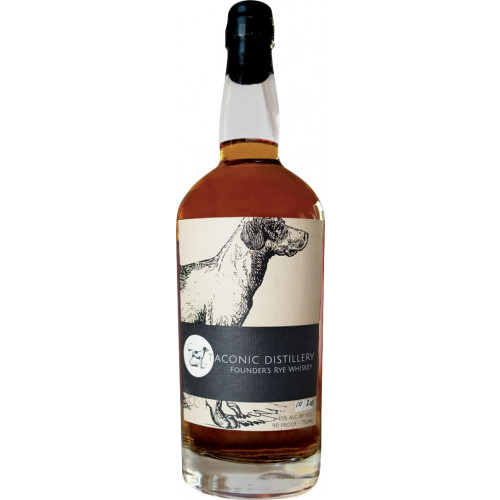 Named after the US founding fathers, Taconic’s Rye Whiskey is aged in virgin American white oak barrels until golden caramel in color. Rye lovers will appreciate its bold, spicy flavor with a mildly sweet finish. Bottled at 90 proof this homage to the founding fathers is terrific in cocktails and smooth when enjoyed neat or on the rocks.

Pick up a bottle of this Founder’s Rye today!

Clean and crisp on the nose with notes of vanilla, butterscotch and banana. On the palate are flavors of crisp vanilla, with notes of tall summer grass, caramel, honey and delicate back palate sweetness. The finish is warm, with mildly sweet and spicy notes that linger.