Learn more
Size750mL Proof115 (57.5% ABV) *Please note that the ABV of this bottle may vary
Taconic Cask Strength Straight Rye Whiskey is an uncharacteristically smooth, sweet, young rye whiskey. The strength does not overshadow its flavors. 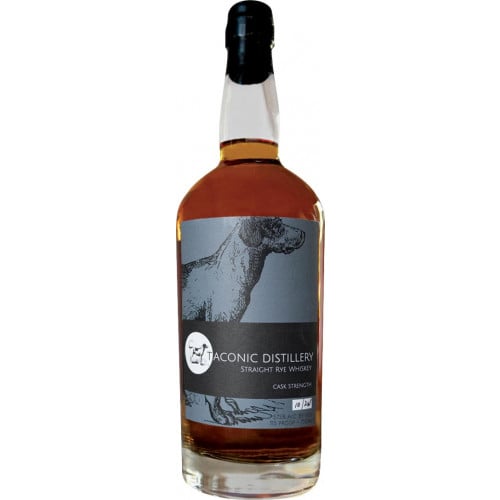 Taconic Cask Strength Straight Rye Whiskey is an uncharacteristically smooth, sweet, young rye whiskey. The strength does not overshadow its flavors. A touch of limestone rich, artisanal water imparts a layer of buttery sweetness to the palate. A definite rye lovers drink, with its bold, warm, spicy notes, this cask strength whiskey is perfect neat or as a cocktail base.

Pick up a bottle of this cask strength today!

Aromas are clean and crisp on the nose with notes of caramel, vanilla, butterscotch and a hint of charred oak. On the palate are crisp flavors of vanilla, with notes of tall summer grass, caramel, nutmeg, clove and delicate back palate sweetness. The finish is bold, mildly sweet with very warm spicy notes that linger.