This product is available in: IL, NY, TX Unfortunately, we can't ship to PO Boxes and APO addresses.

Size750mL Proof90 (45% ABV)
This limited-edition whiskey is made from a selection of Stranahan’s oldest casks, which are aged in a mile-high Denver warehouse.
Notify me when this product is back in stock.

This product is available in: IL, NY, TX Unfortunately, we can't ship to PO Boxes and APO addresses. 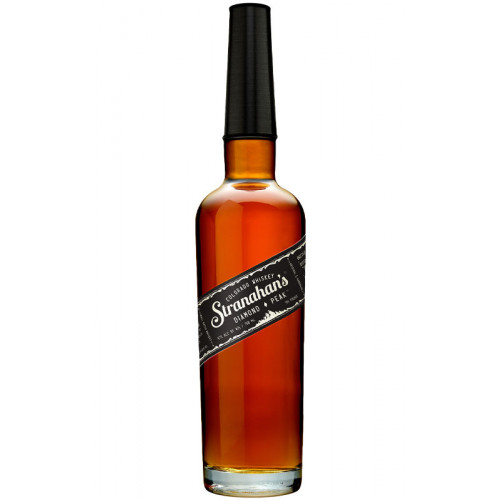 To make Stranahan’s Diamond Peak Colorado Whiskey, master distiller Rob Dietrich blends whiskey from a selection of Stranahan’s oldest, four-year-old casks, which have a #3 char and are rested in Stranahan’s mile-high warehouse. After the whiskey has matured, it is brought to proof with water sourced from the Eldorado spring, situated just outside Boulder, Colorado. Then, each batch is bottled by hand.

As a result, Stranahan's Diamond Peak Colorado Whiskey has an aroma of dried apricots, leather and banana bread that gives way to notes of breakfast cereal, toffee, honey and oak on the palate. The finish boldly mingles flavors of bread pudding, tropical fruits and barley, and lingers endlessly on the tongue.

This limited-edition bottling won’t be around long, so pick up your bottle today!

Aroma of dried apricots, leather and banana bread that gives way to notes of breakfast cereal, toffee, honey and oak on the palate. The finish boldly mingles flavors of bread pudding, tropical fruits and barley, and lingers endlessly on the tongue.