Caskers Rewards members earn up to 4 store points back when buying this bottle.
Size750mL Proof117.36 (58.68% ABV)
Distilled in Indiana with a mash bill of 95% rye and 5% malted barley, this cask-strength rye whiskey was bottled exclusively for Caskers in Tennessee. It has spent 4 years in its charred new American oak cask before being bottled at 117.36 proof.
Notify me when this product is back in stock. 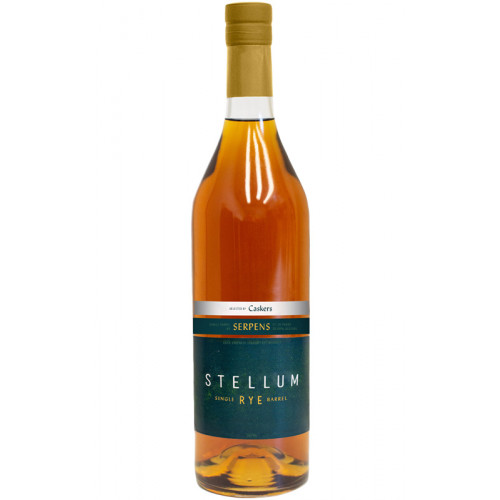 Joe Beatrice was a longtime homebrewer before founding Barrel Craft Spirits in 2013 in Kentucky to share his passion for unique, high-quality spirits with the world. Famous for blending and sourcing all their premium spirits, BCS rum, whiskey, rye, and bourbon have all garnered international critical acclaim. BCS supports the time-honored traditions of distilling, choosing exceptional spirits from all over the world, and blending them in high-quality casks to bring out every single ingredient. No coloring, flavoring, or water is added. With their unique approach to spirit-making, they succeeded in creating blends that are greater than the sum of their parts. Their cask-strength, small batch, and single barrel expressions have won the most prestigious awards. Their blended bourbon carved the path for the rise of the blended whiskey when it was awarded Double Gold at the 2020 San Francisco World Spirits Competition

The Stellum brand under the BCS umbrella is another proof of their wizardry. The range includes a barrel-proof bourbon, a barrel-proof rye, and a single barrel program. "We wanted to create a brand that brings American Whiskey into the modern age with simple elegant blends and single barrels selected with care and intention," said Founder Joe Beatrice.

Their finest whiskeys are chosen for their single barrel program. These are the Stellum bourbon and rye expressions that work particularly well on their own, instead of in a blend, and are bottled at cask strength. The Stellum Serpens K6 is a single barrel rye whiskey that was distilled in Indiana from a mash bill of 95% rye and 5% malted barley. After spending 4 years in its new charred American oak cask, the expression was bottled at 117.36 proof in Kentucky in 2021.

Get your bottle of this Caskers Staff Pick today!