Learn more
Size750mL Proof92 (46% ABV) *Please note that the ABV of this bottle may vary
This incredibly rare limited edition Campbeltown whisky was originally distilled in 1969 and bottled in 1994.
Notify me when this product is back in stock. 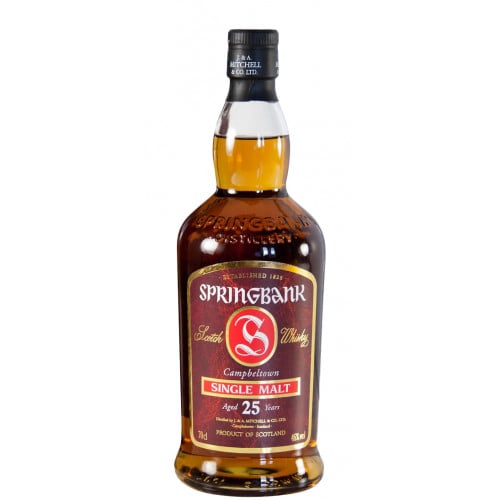 Following distillation, the whisky is aged in used bourbon casks. Since Campbeltown is located on a narrow peninsula, the strong, perennial sea winds, warmed by the gulf stream, add a slight hint of saltiness to the whisky as it ages. This incredibly rare limited edition Campbeltown was originally distilled in 1969. Produced in very limited quantities this Springbank 25 year got its rest in sherry oak before being bottled at 46% ABV.

A bountiful bouquet of fruit on the nose with a combination of grapefruit peel, tropical fruits. The palate has notes of citrus peel, honey, cracked pepper, brandy and tobacco leaf. The finish is herbal with smoky notes and tea leaf.