Learn more
Size750mL Proof89.8 (44.9% ABV) *Please note that the ABV of this bottle may vary
The Macallan Enigma represents the pinnacle of the Quest Collection journey in this rich and intense whisky.
Notify me when this product is back in stock. 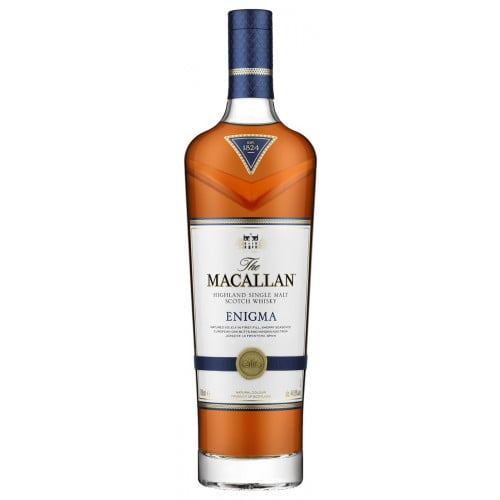 Each single malt within the range is an exploration of flavor and texture, from vibrant and fresh through to rich and intense, concluding with a whisky that signifies the essence of The Macallan. The Macallan Enigma represents the pinnacle of the Quest Collection journey in this rich and intense whisky.

Mature oak on the nose opens to reveal dried fruits, vanilla, sweet pears, and cinnamon. The palate reveals dried fruits and wood spices coat the palate. Ginger, cinnamon, and oak give depth. The finish is long and lingering, memorable.