Size750mL Proof102.8 (51.4% ABV)
Aged for 17 years in a used sherry cask, this whisky was bottled at cask strength.
Notify me when this product is back in stock. 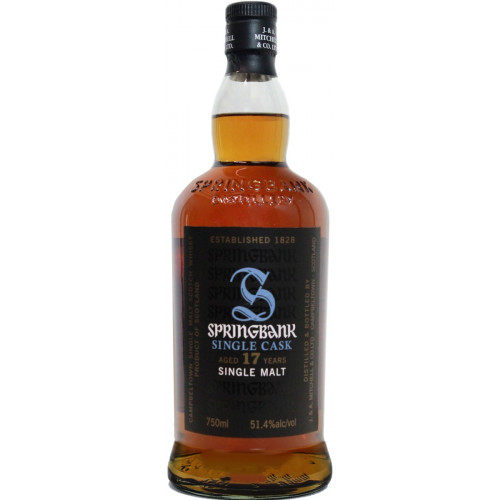 Following distillation, which occurred in April 1997, the whisky was aged for seventeen years in a single cask that was previously used to mature sherry. In September 2014, the whisky was bottled at cask strength without the use of chill filtration or artificial coloring. As a result, the whisky has an aroma of red fruits, mango and citrus that gives way to notes of berries, plums, sherry and creamy vanilla on the palate. The finish is soft and lush, with touches of caramel, cherries and citrus. Only 252 bottles of this whisky were ever produced.

Aroma of red fruits, mango and citrus that gives way to notes of berries, plums, sherry and creamy vanilla on the palate. Finish is soft and lush, with touches of caramel, cherries and citrus.