Learn more
Size750mL Proof118.9 (59.45% ABV) *Please note that the ABV of this bottle may vary
A small batch expression, consisting of 11 barrel of 5th floor 8YO bourbon. Bottled at 118.9 proof, the palate is incredibly balanced and smooth with caramel, honey and butterscotch.
Notify me when this product is back in stock. 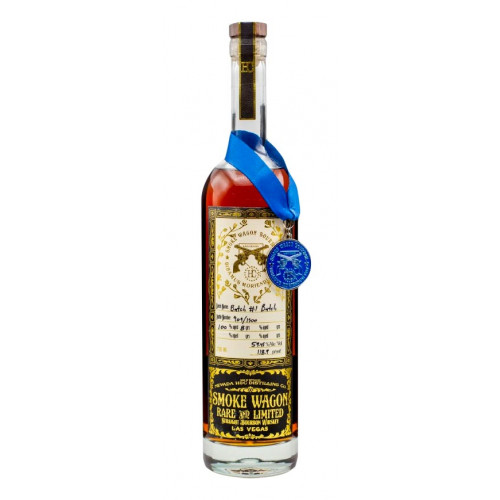 Smoke Wagon Rare & Limited Batch 1 is a small batch expression, consisting of 11 barrels of 5th floor 8-year-old bourbon. Bottled at a whooping 118.9 proof, this is an incredibly balanced bourbon with a palate full of notes of caramel, honey and butterscotch. A smooth sipper, the finish is long and pleasant with flavors of cinnamon, oak and black pepper spice.

An inviting nose of aromas of sweet caramel and vanilla. The palate is balanced with notes of deep caramel, honey and butterscotch. The finish is long with cinnamon, oak and black pepper.