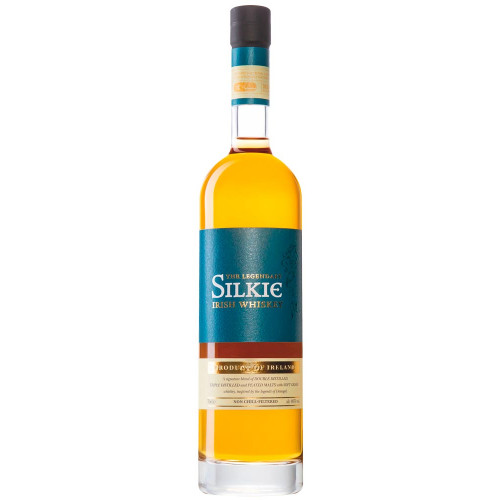 Selkies or Silkies are mythical creatures from Norse and Celtic mythology. The mermaid-like creatures are said to be able to shed their seal skin and take on the form of humans and walk the land. Selkie stories often involve female mermaids entering a relationship with humans, then losing their skins and being unable to return to the sea.

The Sliabh Liag Distillers has taken the Silkie as their inspiration when setting up a distillery in Donegal, Ireland. Donegal has a rich distilling heritage, being the Irish county with more illicit stills than the rest of Ireland combined in the 1850s. Ever since The Burt Distillery closed its doors in 1841, the county has had no legally-operating distilleries. Sliabh Liag is building the brand new Ardara distillery that aims to revive the rich heritage and craft unique terroir whiskey ― the Irish kind, with a smokey (peated) twist.

While the distillery is being finished, they have crafted 2 expressions from sourced whiskeys. The Silkie is more firmly rooted in tradition, The Dark Silkie brings a smokier twist to the classic Irish profile. The Silkie is made with a double and triple-distilled single malt, a peated triple-distilled single malt, and a soft grain whiskey, aged in a combination of bourbon, sherry, and re-charred casks for approximately 4 to 6 years. Soft, with apple, honey, and citrusy notes, the whiskey was awarded 88 points by the Beverage Testing Institute in 2020, among several other awards.

The nose is fresh and malty with green apple, honey, and butter notes. It's soft on the palate with sweet gingerbread, orange peel, brioche, and butterscotch notes. Finishes slightly warming with a touch of peat.