Learn more
Size750mL Proof103 (51.5% ABV) *Please note that the ABV of this bottle may vary
Invoking the spirit of the famous cocktail, this award-winning expression takes their straight rye for a round of finishing in vermouth, bitters, and cherry brandy barrels that add cherry and herbaceous notes. 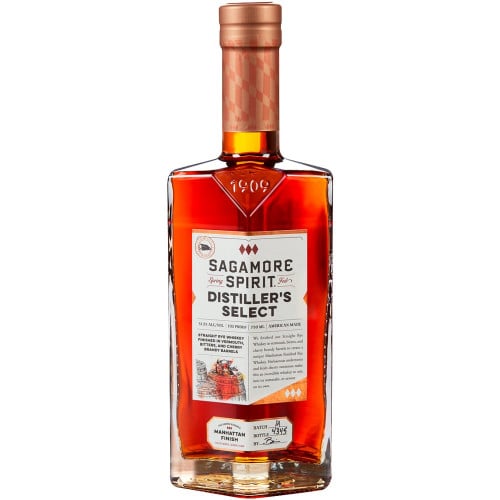 Their Reserve Series celebrates risk-taking and the innovation of Maryland distilling. The Distiller's Select Manhattan Finish is their straight rye whiskey that gets finished in vermouth, bitters, and cherry brandy barrels. This unconventional experiment results in a unique Manhattan-finished whiskey. It's complex and different, a successful clash of two worlds. Aged 4 to 5 years and bottled at 103 proof, it upgrades the signature rye profile with cherry and herbaceous notes, making it wholly unique. The whiskey invokes the spirit of the famous cocktail and has garnered several awards.

The nose opens with cherry, bitter orange zest, herbs, cinnamon, and clove. It's spicy and herbaceous on the palate along with honey, vanilla, and more of that cherry. Finishes satisfyingly dry.