Size750mL Proof90 (45% ABV)
Russell Henry Hawaiian Ginger Gin is infused with macerated organic white ginger sourced from the Hawaiian island of Kauai. It was awarded five stars by F. Paul Pacult's Spirit Journal in 2013.
Notify me when this product is back in stock. 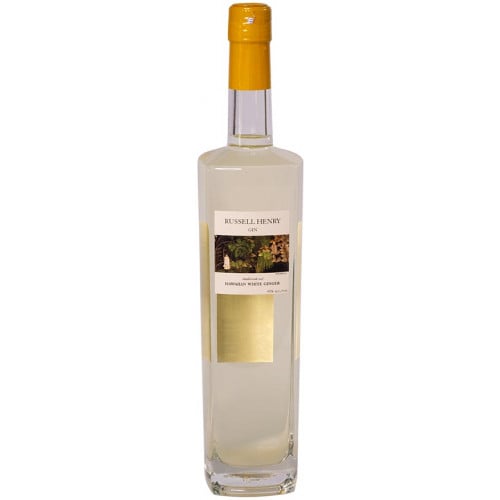 Russell Henry Hawaiian Ginger Gin is made using Russell Henry London Dry Gin. After distillation, the gin is infused with macerated organic white ginger grown by Phil and Linda Green — organic farmers on the north shore of Kauai, Hawaii. As the ginger soaks into the gin, the latter absorbs the ginger's textures, aromas and flavors. Russell Henry Hawaiian Ginger Gin has subtle aromas and flavors of ginger, which are complemented by notes of juniper and citrus, and lead to a soft, light finish.

Slightly floral aroma with hint of ginger on the nose. Initial notes of juniper and citrus which fade to reveal a soft, light finish that is complimented with sweet undertones of ginger.