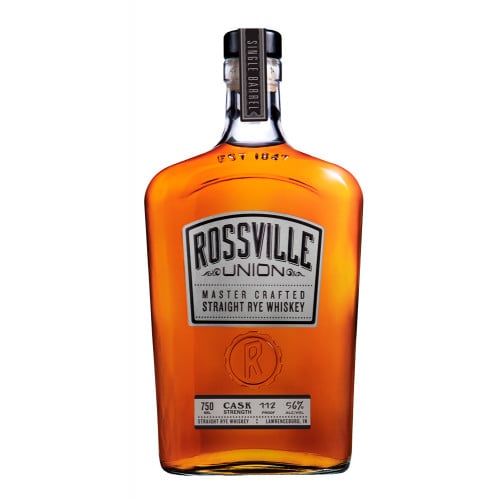 But by the 20th century, the company had come a long way, capable of storing 60 thousand barrels at once. Rye whiskey was on the rise and the distillery was up to the challenge. The spirit was immensely popular before Prohibition and the old-fashioned was created among other rye cocktails.

Rossville Union was resurrected by Ross & Squibb Distillery and continues the tradition at the historic 1847 distillery, focusing on masterfully crafted rye whiskey. This Rossville Union straight rye features whiskey from a single barrel that was picked out exclusively for Caskers. Crafted with a mash bill of 51% rye, 45% corn, and 5% barley malt, the whiskey entered barrel no. 498 in 2016. This expression was bottled at 112 proof.

Grab your bottle of this straight rye today!

The nose is fruity and floral with sweet caramel and oak aromas. The palate has a pleasant sweetness, caramel, vanilla, and rye spice. It finishes creamy with a gentle heat, a touch of sweet corn, and pleasant spice.