Be the first to review this product
This 2018 Chardonnay vintage was made with 100% Chardonnay grapes from the Rombauer family vineyards as well as some neighboring ones from the Carneros American Viticultural Area. It's rich with peach, mango, and vanilla notes.
Add to Wish List
Notify me when this product is back in stock.

The Rombauer Vineyards have been producing Chardonnay since 1982. In 1990 they made their first Chardonnay from the Carneros American Viticultural Area that is south of Napa Valley and Sonoma Valley. The breezes from the San Pablo Bay make the climate cooler, making it perfect for Chardonnay.

The grapes come from the Rombauer family vineyards, as well as some others, including their long-term partners, the Sangiacomo family. It's been a warm summer and a cooler August, resulting in a late harvest and extended hang time. One of the longest harvests they've had yielded an above-average crop size and the fruit was picked by hand.

Released in August 2019, this vintage is made from 100% Carneros Chardonnay that was harvested between September 8 and October 23. The wine has spent 9 months in American and French oak barrels and has an alcohol volume of 14.5%. It has a rich profile with peach, mango, and vanilla notes.

The Chardonnay is a pale yellow with a green tinge. The nose opens with peach, mango, citrus, and vanilla notes. The rich palate has more mango and vanilla, culminating in a balanced, crisp, and acidic finish. 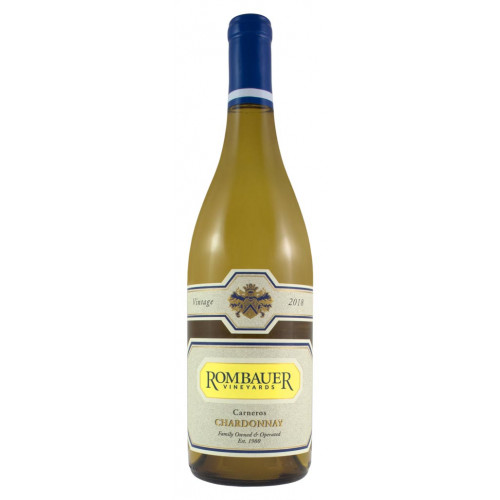