Size750mL Proof80 (40% ABV)
An award-winning handmade whiskey with a twist, distilled from malted rye and barley. 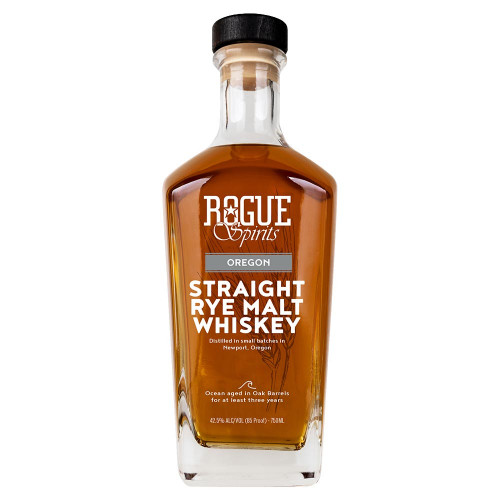 All Rogue's spirits are made from ingredients off their own Rogue farms and Oregon Rye Malt Whiskey is no exception. It's a handcrafted whiskey distilled in small batches with an unusual twist — the rye and barley are both malted, which takes an edge off the spice notes and makes for a more approachable whiskey. Both are the same kind they use for brewing their beer: Dream Rye and Risk Malts, with the mash fermented using Pacman yeast. It is then aged for three years in new American oak barrels in the marine climate of Newport, Oregon, and bottled at 80 proof.

Soft spice notes with a deep nuttiness, some caramel and citrus. Followed by some sweetness, nutmeg, cinnamon, and black pepper.