Size750mL Proof80 (40% ABV)
An award-winning handmade single malt whiskey that has been aged for a minimum of 2 years in new American Oak barrels.
Notify me when this product is back in stock. 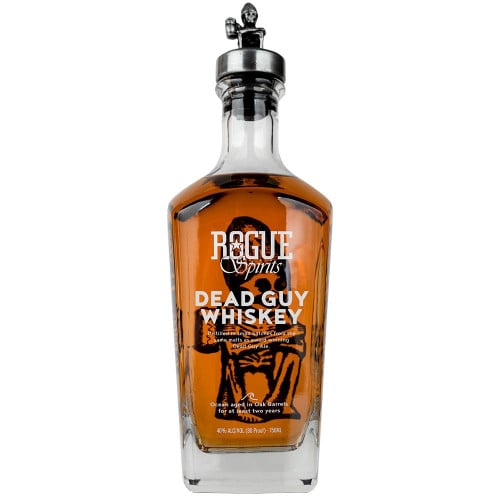 All Rogue's spirits are made from ingredients off their own Rogue farms and Dead Guy Whiskey is no exception. Made by distilling the wort of their famous Dead Guy Ale, it's a handcrafted single malt whiskey that's pot-distilled in small batches using malted barley, Munich, and crystal malts. Aged for a minimum of 2 years in new American Oak barrels, it's perfect for sipping but works just as well in various whiskey-based cocktails.

It opens with honey and fruity notes that give way to malt, more honey and vanilla, as well as some nutty overtones and a slight smokiness. Finishes long and sweet.