Size750mL Proof90 (45% ABV)
This rye whiskey is distilled in California with a mash bill of 95% rye. The bold and spicy expression is aged in new American oak before being bottled at 90 proof.
Notify me when this product is back in stock. 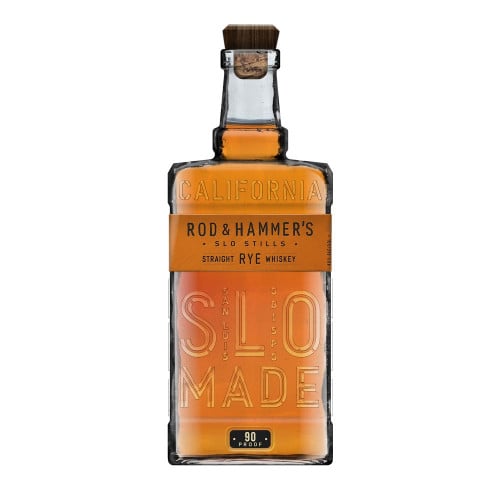 Rod & Hammer's Slo Stills Straight Rye Whiskey features a mash bill of 95% rye grain. Aged 2 years in new American white oak, the expression is bottled at 90 proof. It's a bold spirit with a rich honey color that has notes of black pepper, cedar, caramel, hints of smoke, and plenty of that warm rye spice.

Get your bottle of this "slo-made" rye whiskey today!

It's an inviting rye nose with black pepper and cedar aromas on the nose. The palate is bold and hot with plenty of rye spice, citrus, and leather notes. The finish is sweet with caramel and a touch of smoke.