Size750mL Proof80 (40% ABV)
This unique rye whiskey is brought to proof with distilled and purified Pacific Ocean water. Aged 12 months in new American oak, the expression was featured on Wine Enthusiast's "Top 100 Spirits 2020" List.
Notify me when this product is back in stock. 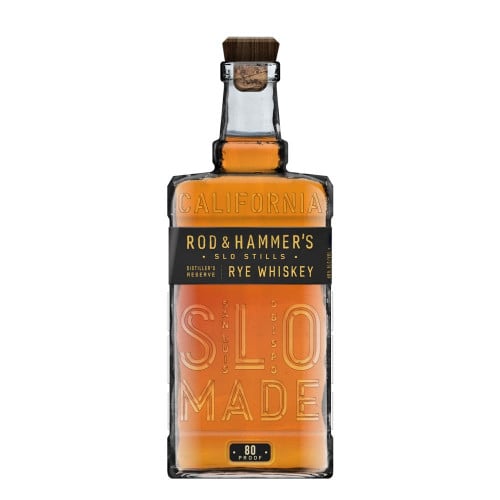 The Distiller's Reserve Rye Whiskey is a small-batch spirit that's crafted with a 60% rye beer mash. It then spends 12 months in 15-gallon new American white oak barrels before being cut to proof with distilled and purified Pacific Ocean water. Bottled at 80 proof, it features a delicate balance of spice, smoothness, and delicious rye malt, caramel, maple, and vanilla notes. The expression was featured on Wine Enthusiast's "Top 100 Spirits 2020" List.

Get your bottle of this masterfully balanced rye whiskey today!

The nose opens with rye spice, vanilla, orange zest, and maple aromas. It's spicy on the palate with caramel, rye malt, and vanilla notes. The finish is smooth with lingering caramel and cloves.