Size750mL Proof112 (56% ABV)
Uncut and non-chill filtered, this bourbon is bottled straight from the barrel at 112 proof. The bold whiskey has spent 2 years in new American white oak barrels.
Notify me when this product is back in stock. 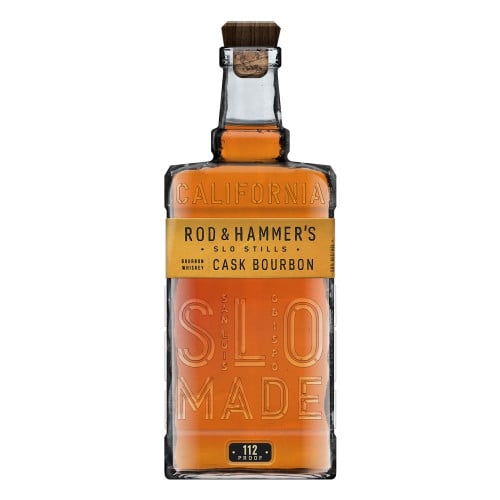 The Rod & Hammer Slo Stills Cask Bourbon Whiskey is an uncut and non-chill filtered bourbon that's bottled straight from the barrel at 112 proof. It's crafted with a mash bill of 55% corn, 35% rye, and 10% malted barley. The expression spends 2 years in new American white oak barrels, resulting in a bold whiskey with gentle smoke, oak, vanilla, and caramel notes, with just the right amount of sweetness and warmth.

Get your bottle of this bold bourbon today!

It's a bold bourbon with vanilla, caramel, and oak aromas on the nose. The palate has a pleasant corn sweetness balanced with oak notes, culminating in a smoky and sweet finish with a touch of warmth.