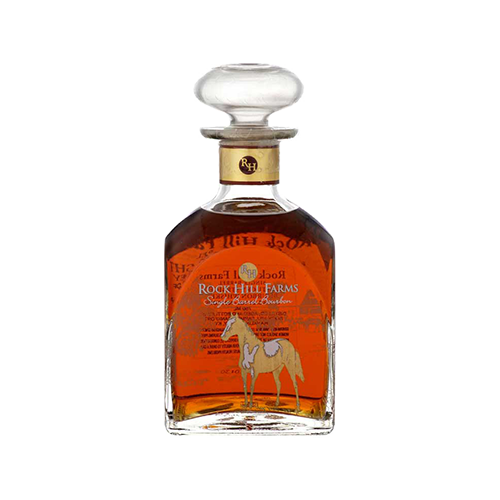 The use of wooden barrels to store and transport liquids dates back to 2690 B.C., when ancient Egyptians during the Early Dynastic Period began replacing clay vessels with wooden casks in order to meet the demands of their sprawling civilization. The advantages of wooden barrels were evident — not only were they less fragile than clay vessels, but their cylindrical shape allowed them to be rolled rather than carried across short distances. As settlers along the Nile quickly realized, however, barrels made from wooden staves were rather porous — any liquids stored in the barrel slowly evaporated as the barrel "breathed."

As whiskey ages in wooden casks, it evaporates through the pores of the wood. On average, approximately 2% of aging whiskey is lost to evaporation each year — this 2% is commonly referred to as the angel's share. In the United States, federal regulation requires that bourbon be made from a mashbill of at least 51% corn and aged in new, charred oak casks. Bourbon that meets these requirements and that has aged for a minimum of two years may be called straight bourbon.

Each bottle of Rock Hill Farms Bourbon is aged about 8 years in a single, new, charred American oak barrel, and is bottled in bond at a robust 100 proof. Made from a mash bill of corn and malted barley, as well as more rye than typical bourbons, Rock Hill Farms Bourbon has a bit of spice to go along with its sweet notes of toasted nuts, fruit, chocolate and marshmallow. The bourbon finishes extremely smooth, with a lingering sweetness.

Named for the rich farmland along the Kentucky River that runs outside the Frankfurt distillery where the bourbon is made, Rock Hill Farms Bourbon was called "The World's Greatest Bourbon" by Washingtonian Magazine. In addition, Jim Murray awarded Rock Hill Farms Bourbon 95 points in Whisky Magazine, while Wine Enthusiast rated it 96-100 points.

Spicy notes of toasted nuts, fruit, chocolate and marshmallow, with a hint of tobacco and caramel. A silky-smooth finish ends with a lingering sweetness.