Rating:
100%
1
Size750mL Proof100 (50% ABV)
The fourth release in the award-winning Remus Repeal Reserve Series, this limited-edition straight bourbon is crafted with 12-year-old juices, making it the oldest Remus Repeal Reserve to date.
Notify me when this product is back in stock. 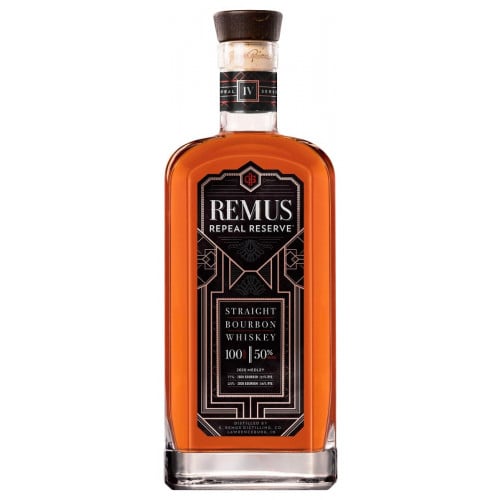 The 2020 addition to the award-winning series is the Remus Repeal Reserve Series IV Straight Bourbon. It honors the repeal of Prohibition and is meticulously crafted with 12-year-old bourbons, making it the oldest Remus Repeal Reserve to date. 77% of the juice is a bourbon with a 21% rye mash bill, the remaining 23% a 36%-rye bourbon.

Get one of these limited-edition bottles today!

The high-rye recipe shines through the profile with caramel, maple, vanilla, candied fruit, cinnamon, spice, and toasted oak. Finishes with oak and plenty of lingering spice, as well as a touch of orange zest.