Size750mL Proof138 (69% ABV)
Bottled at 138 proof, this absinthe earned the Silver Medal at the International Wine and Spirit Competition, where it was named "Best in Class."
Notify me when this product is back in stock. 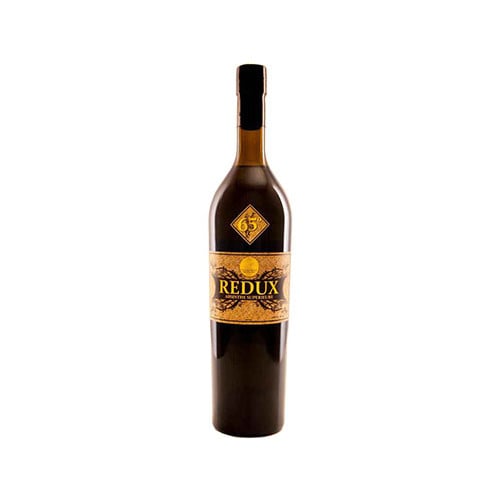 Spurred by the temperance movement and winemakers, absinthe became associated with hallucinogenic effects. One critic claimed that absinthe would "make you crazy and criminal,"and that it would "provoke epilepsy and tuberculosis." In 1905, Swiss farmer Jean Lanfray murdered his family after consuming considerable quantities of wine, brandy and two glasses of absinthe. While Lanfray had a history of alcoholism, Swiss teetotalers seized the moment and passed a referendum making absinthe illegal. Absinthe was likewise prohibited in the United States from 1912 until 2007.

In 2008, Stephen Gould and Karen Knight founded the Golden Moon Distillery "specifically to produce premium hand-crafted herbal liqueurs using the best available herbs, spices and botanicals." Redux Absinthe Verte is the product of Gould and Knight conducting years of research, coupled with hundreds of experiments, in order to find the perfect absinthe recipe.

The absinthe has an aroma of anise, citrus, licorice and herbs. The aroma gives way to a complex interplay of herby and spicy characteristics on the palate, and leads to a well-rounded, long finish with a bold note of of anise.

Redux Absinthe earned the Silver Medal at the San Francisco World Spirits Competition in 2013, and the International Wine and Spirit Competition, where it was named "Best in Class." Pick up a bottle today!

Aroma of anise, citrus, licorice and herbs. Complex interplay of herby and spicy characteristics on the palate. Well-rounded, long finish with a bold note of of anise.