Size750mL Proof80 (40% ABV)
The award-winning, original time-honored recipe with a big, round body and full flavor. 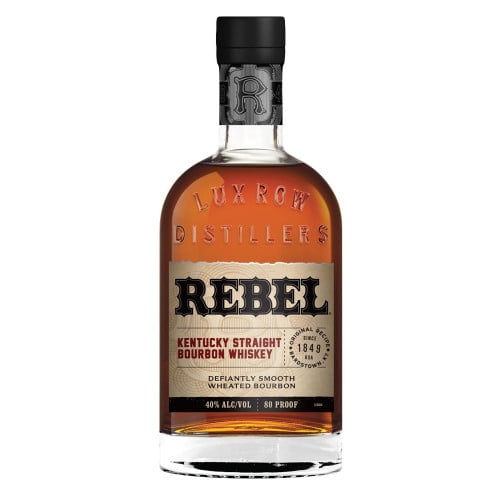 Rebel Kentucky Straight Bourbon Whiskey is handcrafted according to the original, time-honored Rebel Bourbon recipe developed in 1849. As a result, the whiskey has a bold aroma of honey, butter and raisins, which leads to similar flavors on the palate, along with notes of ripe plums. The finish is semi-sweet, with a slight spiciness and hint of candy corn.

Bold aroma of honey, butter and raisins, which leads to similar flavors on the palate, along with fresh notes of ripe plums. The finish is semi-sweet, with a slight spiciness and hint of candy corn.