Size750mL Proof70 (35% ABV)
A ginger flavored whiskey from Rebel Bourbon. Made with the Rebel Original Straight Bourbon Whiskey, it's infused with natural ginger flavor and caramel color before bottling.
Notify me when this product is back in stock. 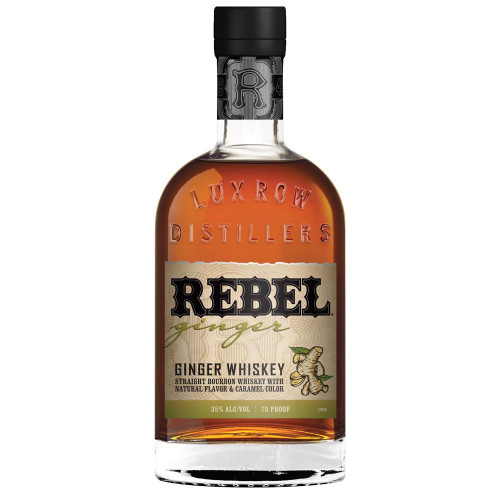 Rebel Bourbon boasts two flavored whiskey expressions in their collection. Rebel Ginger Whiskey is crafted with their Original Straight Bourbon Whiskey, made with the original 1849 recipe invented by William Larue Weller with a mash bill of corn, wheat and malt. Before bottling at 70 proof, this whiskey is infused with natural ginger flavor and caramel color. You should expect a sweet and spicy profile due to the ginger as well as vanilla and butterscotch notes in the background.

Get your ginger flavored whiskey today!

There's sweetness and spiciness of ginger on the nose as expected. On the palate, vanilla and butterscotch join. The finish is hot and spicy as well.