Size750mL Proof100 (50% ABV)
Crafted with the same mash bill and aged the same way as the Ragged Branch Signature Bourbon, this bottled-in-bond version gets transferred into a new charred oak barrel for a second round of maturation.
Notify me when this product is back in stock. 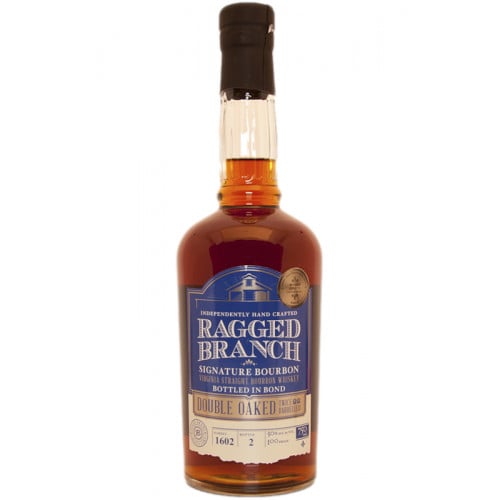 The spirits are then aged for varying amounts of time in new charred American oak barrels in their barrel barn, before it is cut to proof and bottled on-site. Farm-to-bottle and combining tradition with modern processes ― this makes Ragged Branch the award-winning independent distiller that it is. Their Signature Bourbon is a testament to that. Crafted with the same mash bill of 68% corn, 16% rye, and 16% malted barley, the Double Oaked version is aged the same way, then transferred into a new charred oak barrel. It's bottled-in-bond as well, meaning that it's bottled at 100 proof.

You'll find aromas of toasted malt and oak along with a touch of butterscotch. The palate is rich and sweet with vanilla, tobacco, caramel as well as hints of rye spice and dark chocolate.

1.7 out of 5
(1 reviews)
Write a review
Real email address is required to social networks
Sign in
Login with Google
Login with Facebook
Or
We also recommend