Size750mL Proof100 (50% ABV)
This 100% New England Putnam spirit is inspired by the terror and regionality of malt whiskeys in Scotland.
Notify me when this product is back in stock. 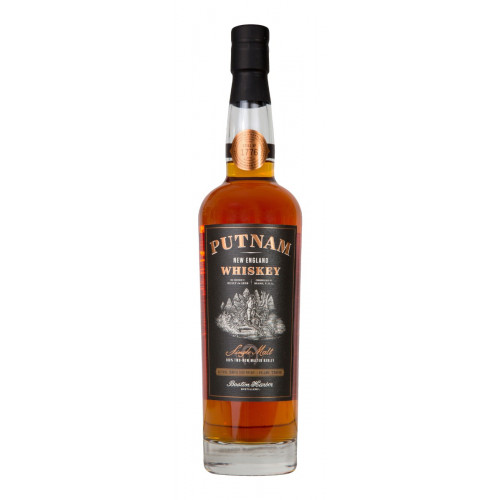 This whiskey is the first Boston Harbor Distillery has produced upon opening the distillery in 2015. Celebrating it’s first release December 2017 this grain-to-glass operation mashes 100% two-row malted barley and pure water from the Quabbin Reservoir, distilled it in their Vendome copper pot still with a registered serial number 1776. The spirit is then aged in new, white American Oak 53-gallon barrels that were toasted and heavily charred, and bottled at 100 proof.

Putnam New England Whiskey is inspired by the terror and regionality of malt whiskeys in Scotland, but it is a true blooded New England spirit. Bottled at 50% ABV, This whiskey carries notes of soft baked bread, bold spice and smooth vanilla.

Soft herbal notes on the nose, with baked bread. The palate is mild and smooth with rye notes that evolve into spice on the finish. Honeyed notes and Madagascar vanilla precede subtle baking spice, followed by a smooth finish.