Size750mL Proof80 (40% ABV)
Gin Lane is named after The Gin Act of 1751, one of the most pivotal moments in the history of gin.
Notify me when this product is back in stock. 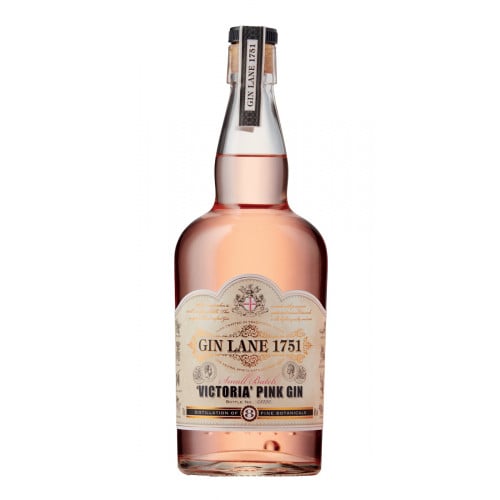 Gin Lane is named after The Gin Act of 1751, one of the most crucial moments in the history of gin. The idea is the brainchild of a group of gin connoisseurs called the Bloomsbury Club, and Charles Maxwell of Thames Distillers, an eighth generation distiller.

The catalyst for the Gin Act of 1751, was artist William Hogarth’s legendary depiction of Gin Lane. His work essentially banned the sale of gin in prisons, workhouses, and stores. Consequently, gin became scarce and expensive, but subsequently its rarity improved its quality remarkably. By the Victorian era, gin had become a respectable spirit.

This Victoria Pink gin is blended with bitters, a tradition that was initially created by the British Royal Navy in an attempt to cure sea sickness but also to harmonize sweet dry gins with a contrasting flavor profile. The result is a well-balanced gin with juniper still at the forefront but with a harmonious balance of herbal and spiced bitters.

An infusion of naturally blended aromatic bitters on the nose. The palate is full-bodied with smooth, refreshing and floral notes followed by a gentle hint of spiced bitters.