Size750mL Proof80 (40% ABV)
Aged in bourbon barrels and finished in cognac casks, this rum earned a score of 93 points from the Beverage Testing Institute in 2018. 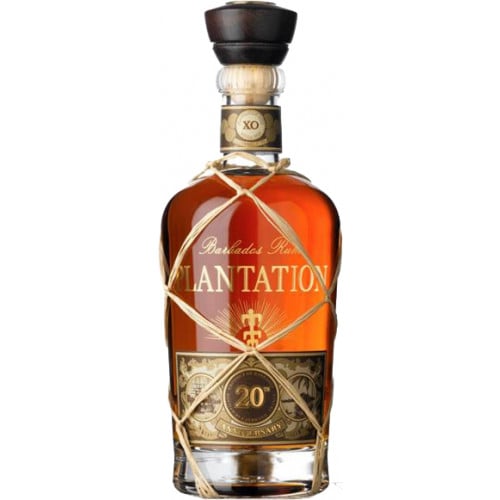 During his tenure at Maison Ferrand, Gabriel would dispose of used cognac casks by selling them to distilleries in Scotland and the Caribbean. "Our love affair with rum began when we sold the prized casks that once held our Cognac to rum producers, and we fell in love with their product," says Alexandre. Centuries ago, Caribbean rum producers would send casks of rum to Europe and the United States, where the rum would mature before it was bottled and sold to the public. "This is a practice that was done more commonly in the past but has almost disappeared now. We thought who better than Ferrand, with our know-how and exceptional casks, to resurrect this ancient technique."

The Barbados rum is distilled from sugar cane, which is harvested and then crushed immediately in order to minimize the deterioration of the raw sugar. After the cane has been crushed, the remaining juice is fermented and then distilled through a combination of pot and column stills. While the column still produces a lighter, more sweet rum, the pot still produces a heavier and more vicious spirit.

Once the rum has been distilled, it is aged in used bourbon casks in the Caribbean for years. After its initial maturation, the rum is transported to Château de Bonbonnet in Cognac, France, where it is poured from the bourbon casks into small, French oak casks that were previously used to age cognac. "We use a technique called "élevage", says Alexandre, "which I guess can be translated to "nurturing'. In this case, each cask is tasted every 3 months. This way we see how the rum evolves. If it needs more tannins, we transfer it to a cask in which we have exchanged several staves for brand new wood, although we would never replace too much at a time. If it is a bit aggressive and needs rounding, we transfer it to one of our damp cellars. If it is a bit too lush and needs some structure, it goes to a dryer cellar."

This dual maturation process — the rum rests for an additional 12 to 18 months in the used cognac casks — imparts a signature round and creamy flavor profile to Plantation 20th Anniversary Rum. After aging, the rum is slowly hydrated over a period of months in order to preserve the harmony of the flavors. Then, each batch is bottled in a stunning decanter.

Plantation 20th Anniversary Extra Old Barbados Rum earned the Gold Medal at the San Francisco World Spirits Competition in 2011, and a score of 94 points from the Beverage Testing Institute.

"It is a very difficult thing to get right," says Alexandre of the dual maturation process, "but when done well, it's paradise. In the Caribbean, Plantation Rums are rare treasures. At Ferrand, they become jewels."

Try a jewel of a Rum today!

Aroma of creamy vanilla and molasses. Notes of dried fruits from the cognac barrels mingle nicely with hints of chocolate, vanilla, candied orange, banana and pineapple. Round, full flavors that finish with hints of oaky vanilla and baking spices.