Size750mL Proof86 (43% ABV)
Inspired by Ernest Hemingway’s thirst for adventure, Papa’s Pilar Dark Rum was solera-aged for up to 24 years.
Notify me when this product is back in stock. 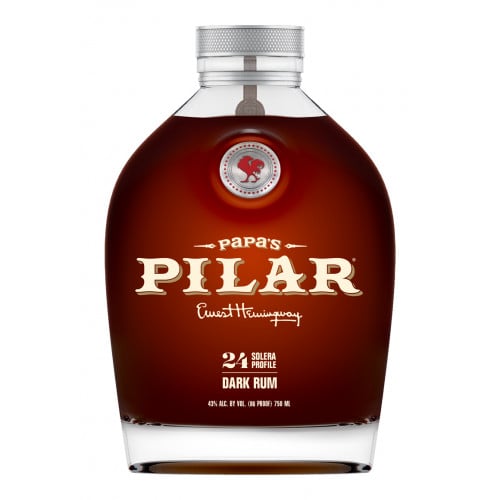 In 1934, Ernest Hemingway purchased a boat named Pilar from the Wheeler Shipyard for $7,495. Although he ordered the boat from a catalog, extensive customization was requested (including a livewell and a cockpit enclosed with copper screens) in order to make it unique. The boat would eventually become inextricably linked to Hemingway — he used it to catch one of the world’s largest sharks in 1935, and, during World War II, the author went hunting for German U-boats in the Caribbean waters on board the ship (the boat was equipped with a sub-machine gun and hand grenades). As a result of his extensive travels, Hemingway was said to have lived a life of perpetual motion, always acting as a trailblazer and never as a spectator.

Papa’s Pilar Dark Rum is inspired by Hemingway and his thirst for adventure.

Never be a spectator again — pick up a bottle today!

Complex and bold. Mouth-coating with a touch of spice, bourbon, almond, and apricot. Rich and luscious with an exceptionally long finish.